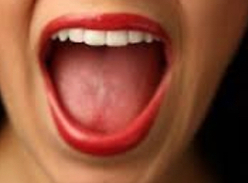 A collaboration between the Hadassah Medical Organization and Harvard researchers has led to the discovery of a mechanism by which a type of bacteria commonly found in the mouth (called fusobacteria) travels through the bloodstream to reach colorectal tumors and then uses a sugar-binding protein to stick to them, thereby exacerbating the cancer.

How do the bacteria get into the bloodstream? There are all kinds of “micro-traumas” that allow bacteria to get into the capillaries in the mouth–from brushing our teeth to having dental work to biting down on a hard apple. Most of the time, however, a healthy immune system fights them off before they can do any harm.

Co-senior author Gilad Bachrach of the Hadassah-Hebrew University School of Dental Medicine, together with Co-senior author Wendy Garrett of the Harvard T.H. Chan School of Public Health explain that while the Garrett Laboratory previously demonstrated that certain fusobacteria worsen colorectal cancer in animals, “this study is the first to demonstrate how they may get to and stick to developing tumors.”

“Understanding this mechanism is an important step toward fighting colorectal cancer,” the researchers say. “It might inform ways of blocking fusobacteria from homing in on colorectal tumors.”

Dr. Bachrach cautions, however, that, “based on our findings, it’s too early to say whether we can prevent mouth bacteria from traveling through blood to the colon and promoting tumor formation or if some people are more at risk than others.” Dr. Garret brings out, however, that “our findings suggest that drugs targeting the same or similar mechanisms of bacterial sugar-binding proteins could potentially prevent these bacteria from exacerbating colorectal cancer.”

The joint study, involving also several physicians from Hadassah’s Department of Surgery and Department of Pathology, was published online in the August 10, 2016 issue of Cell Host & Microbe. The research was supported by the Israel Cancer Research Fund Project, the Israel Science Foundation, the National Institutes of Health (National Cancer Institute), and a Hoffman-LaRoche research grant.

Colorectal cancer is the third leading cause of cancer-related deaths in the United States. Microbes have emerged as key factors that influence the development and progression of the disease, promoting cancer growth and preventing the immune system from battling the cancer.

Using human samples and mouse models to test their hypothesis about fusobacteria, the research team injected the bacteria into two different mouse models: one with precancerous polyps and a second with malignant colorectal tumors. After injecting the fusobacteria into the mice’s tail veins, they found that the fusobacteria became saturated in the colorectal tumors in both scenarios as opposed to in adjacent normal tissue where this did not occur.

In addition, in the examination of liver tissue, into which colon cancer had metastasized, saturation of fusobacteria was also detected, while it was absent in samples taken from tumor-free liver biopsies. 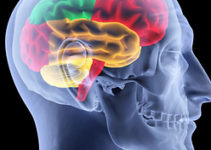 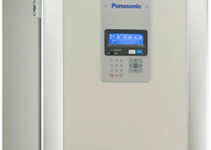 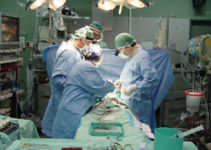