Ovarian cancer and breast cancer is very dangerous for every woman. However, today there are many way how to diagnose the disease and to prevent its occurrence. Doctors in Israel and the U.S. have conducted much research on the development of ovarian cancer.

Oncogenetic Professor Friedman in an interview with portal DoktorIsrael reported that almost 85% of cancer occur on the background of genetic predisposition of women of one family to the disease.

One way to avoid ovarian cancer is their removal. In recent years, women around the world are increasingly turning to this method.

This operation is recommended for these groups of women:

A certain risk group, in which, in particular, are genetically predisposed women, are highly susceptible to this disease. They are required to undergo regular ultrasound examination, to donate blood for tumor markers CA-125. But, you must remember that some of these analyses are not enough.

Ovarian cancer is dangerous because, unlike breast cancer, it is extremely difficult to determine in the initial stages. And if mastectomy can be avoided by starting treatment on time, ovariectomy (preventive removal of the ovaries) is better to spend before it becomes permanent.

Of course, genetic predisposition is not enough. It is necessary to identify the same mutated genes BRCA1/BRCA.

So the doctors suggest that preventive removal of the ovaries for 10 years before the disease was detected in other family members. On average, this age is 35-45 years.

In addition, the practice of removal of the fallopian tubes, as studies have shown that cancer develops in them.

Before you make a final decision, the patient is obliged to pass all possible tests to confirm the danger and the possibility of disease. In addition, it is important to hear the opinion of several doctors, to make the picture complete and objective.

In any case, one cannot rely on information from possibly unreliable sources, Internet, etc. This decision is final, so we should treat it with the utmost responsibility.

How is the operation performed ovariectomy?

Currently, a very common technique of ovariectomy with the help of a laparoscope. Since this method involves the most minimal incisions, the recovery process is much easier and faster. Besides, almost no scars.

The most direct consequence of which it is necessary to think every woman is inability in the future to have their children. Especially for the young and nulliparous women.

Also, after surgery menopause with all the side effects. To avoid these symptoms women usually undergo hormonal support.

A famous actress, perhaps the first woman on the planet, so loudly about operations and more about its necessity. After a couple of years after mastectomy, Jolie spent and the removal of ovary together with the fallopian tubes. The actress decided to take it after her mother, aunt and grandmother got sick with ovarian cancer. “I want to live to be a grandmother, watching my children grow and grandchildren,” says Angelina, explaining such a brave thing, I think every woman should carefully weigh the pros and cons. This is a difficult decision, but should primarily be guided by common sense.” 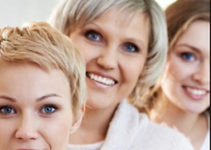 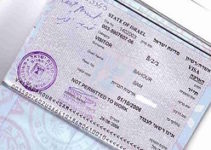 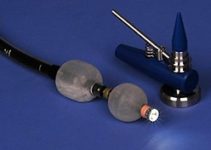